x
Webinar 9/22: The Role of Data Integration in Scientific Discovery and InnovationRegister Now

The only open, data-centric, cloud platform purpose-built for life sciences R&D, with an ever-growing network of best-of-breed partners, giving enterprises the freedom to choose and power to connect. 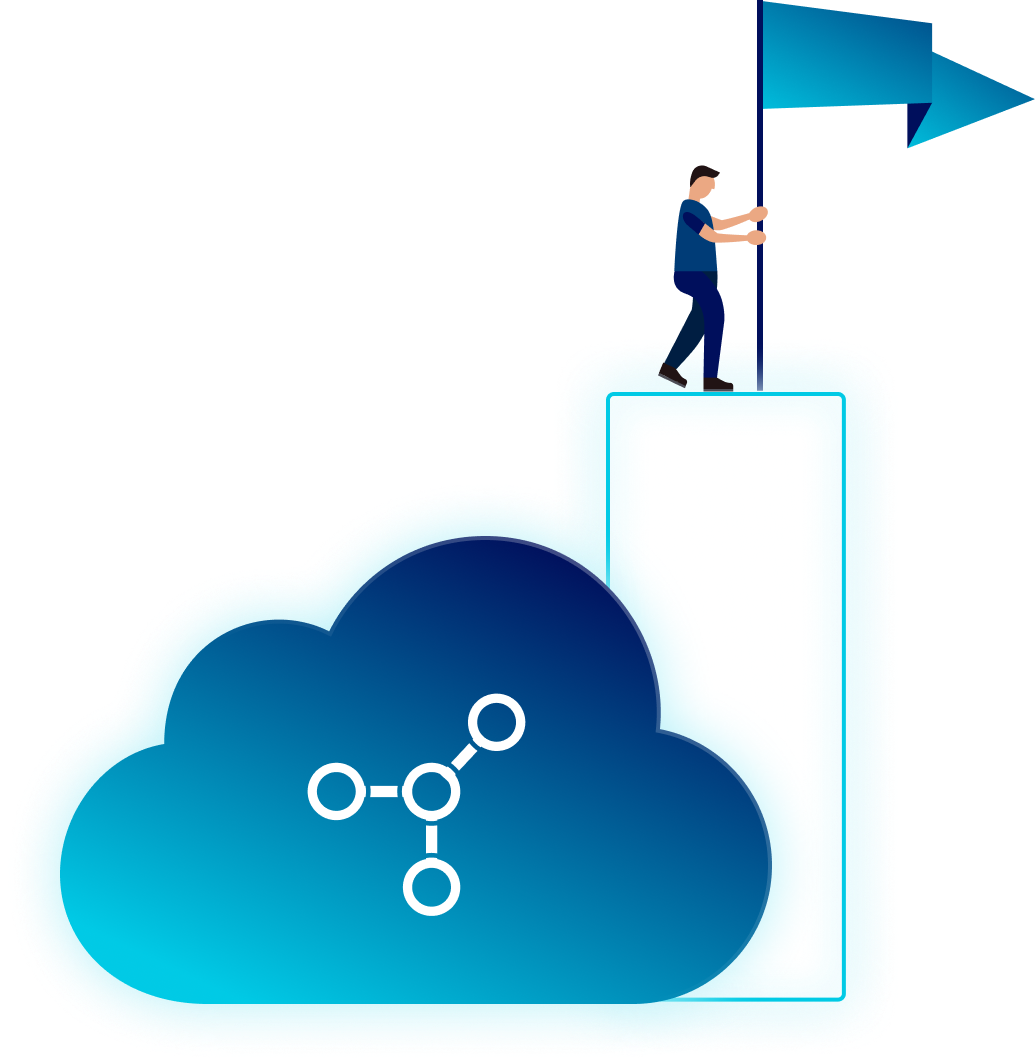 To be the most trusted and valuable partner to the world’s scientific community, fueling innovation, facilitating collaboration, accelerating discovery, and enhancing and extending human life. 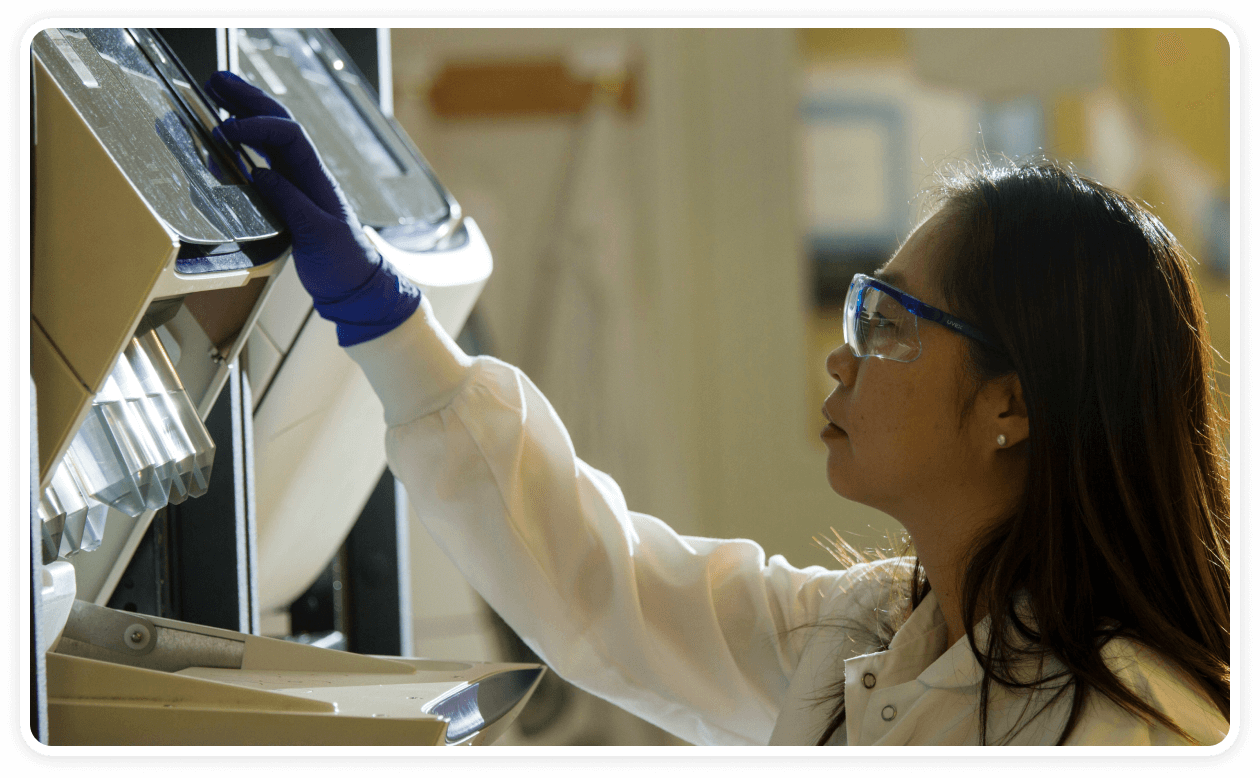 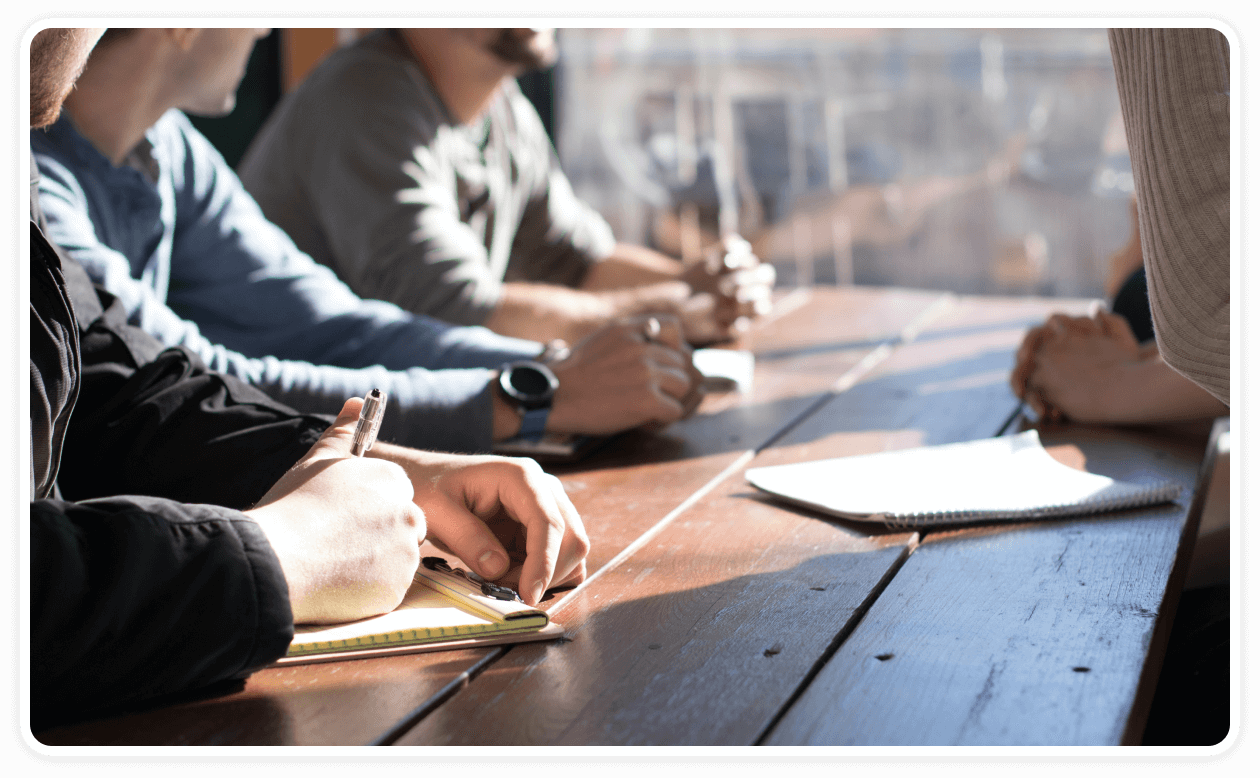 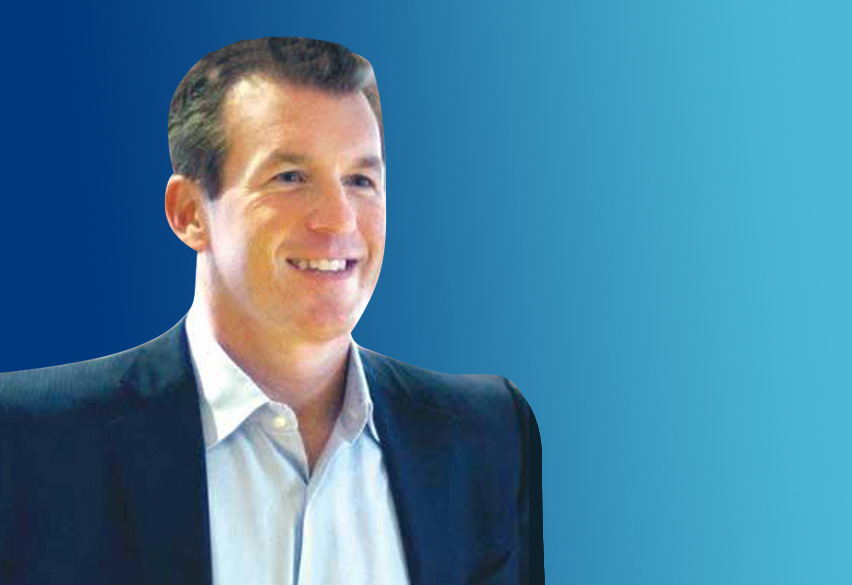 Patrick is responsible for TetraScience’s strategy and operational execution and oversees all functional areas of the company. Patrick is considered the co-founder of Tetra 2.0, jointly envisioning and implementing the Tetra R&D Data Cloud with original founder, Siping “Spin” Wang.
‍
Patrick helped pioneer several of the core technologies - including web services, service oriented architectures (SOA), and software-as-a-service (SaaS) - which now undergird the $100B B2B cloud market. He also played a pivotal role in commercializing virtual assistant/AI technology which is now ubiquitous in consumer applications such as Siri, Alexa, and Google Assistant. A highly-regarded visionary and CEO in cloud platforms and apps, business and data networks, B2B commerce, and FinTech, he’s been recognized as one of the leading CEOs andinnovators in the B2B market on numerous occasions. Patrick was also a recipient of the 2006 Fast Company award, given to the top 50 people in the world to “change the way we live and work”, for his pioneering efforts in virtual agent / AI technology, joining Bill Gates and Bill Clinton among others that year.
‍
Patrick was the founder and CEO of Rearden Commerce, the first enterprise SaaS company and one of the most innovative and fastest growing companies of the early Cloud era. By 2011, Rearden was worth $1.5B, making it the 6th most valuable privately-held tech company in the world at the time. Rearden’s high-water mark of $1.5B was artificially capped by strategic investors who committed a number of egregious governance and commercial contract breaches which forced the company to sub-optimize and exit early. Unimpeded by these actions, given its recurring revenue and competitive moats, Rearden today would be worth well in excess of $40B. These breaches also deeply impaired one of Silicon Valley's greatest cultures, leaving Patrick more passionate than ever about building and preserving inspirational, empowering, and impactful cultures, and ensuring best-in-class governance.
‍
Patrick serves as Executive Chairman at Clearbit, the marketing data engine for all customer interactions. Clearbit is funded by Zetta, Bedrock, First Round Capital, and Battery Ventures, among others.
‍
Patrick is the proud father of two epic daughters. Ryan is a senior at the United States Naval Academy, where she’s majoring in Cyber Operations and minoring in Mandarin, and concurrently working on her Master’s in Security Studies at Georgetown’s Walsh School of Foreign Service as a USNA graduate scholar. Reagan is a 10th grader who similarly aspires to a career in national security, while also becoming the best 3-point shooter in America. 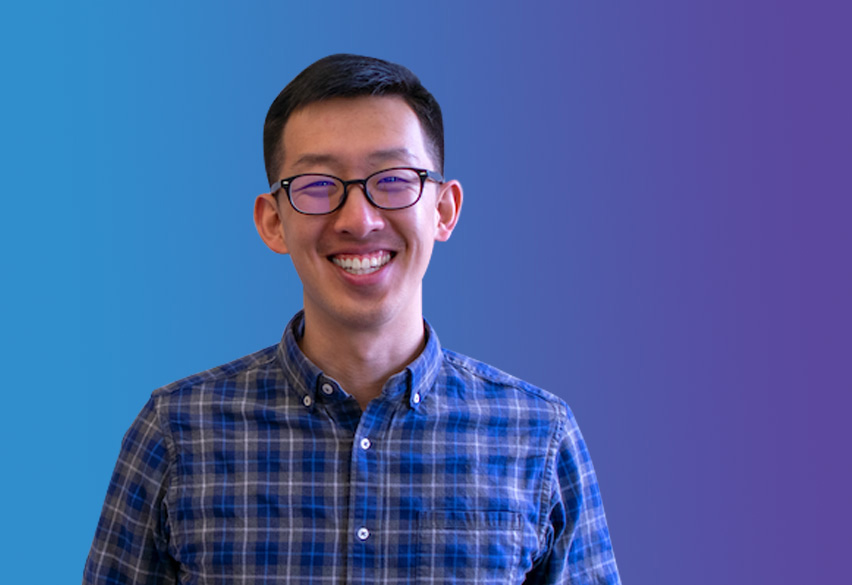 Spin founded the original TetraScience and partnered with Patrick to rebuild TetraScience around their shared vision of the R&D Data Cloud and jointly oversees our corporate and product strategy with Patrick. Prior to becoming CEO in 2019, he served as CTO of the company. In this capacity, Spin was selected to the Forbes 30 Under 30 in Science in 2017. Spin graduated from Cornell University with B.S. degrees in Applied Physics and Electrical Engineering and holds a M.S. from MIT in Electrical Engineering and Computer Science. While at MIT, Spin was awarded the Lockheed Martin Fellowship. During 2019 and 2020, Spin served on the board of Pistoia Alliance, a global, not-for-profit organization working to lower barriers to innovation in life science and healthcare R&D through pre-competitive collaboration. 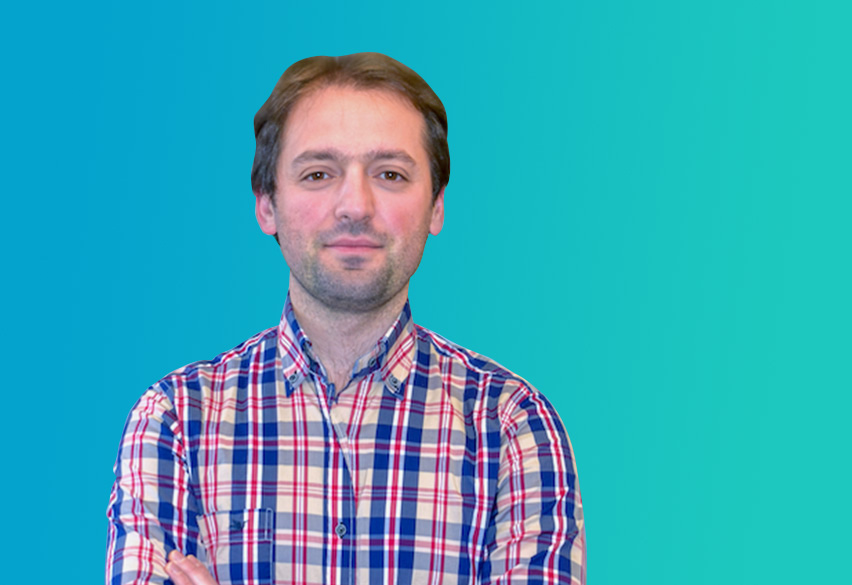 Sal Savo Ph.D. is a co-founder of TetraScience. He oversees product design & direction, customer success, customer support, and field engineering for the Lab Monitoring application. Prior to founding TetraScience, Sal spent 8 years in academia building solutions for remotely monitoring experiments. Before that, he held a position in the semiconductor industry at Micron, and conducted a postdoc at Harvard University. Sal earned his Ph.D. in Metamaterials from the University of Naples - Italy. He earned his B.S. and Masters in Electrical Engineering from the University of Salerno, also in Italy. 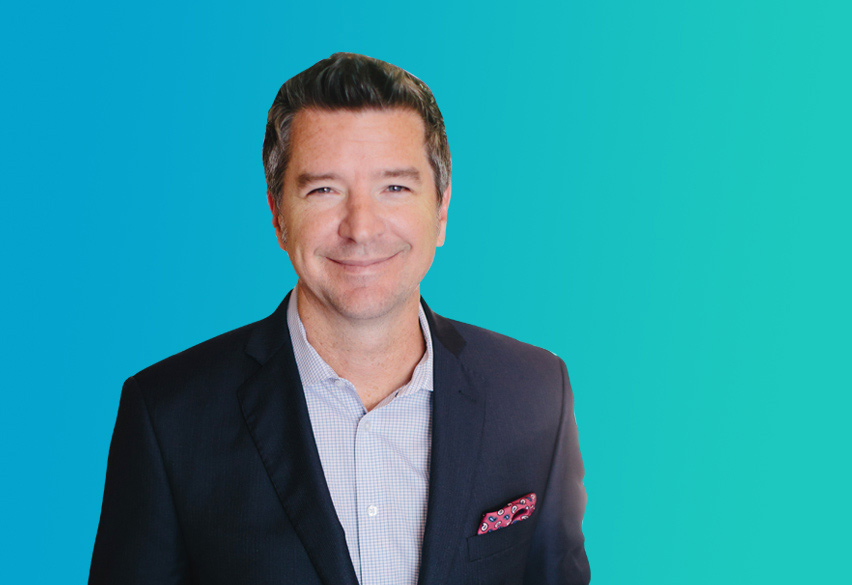 Chad is responsible for all elements of our go-to-market strategy including managing the global sales organization, customer success, and channels & alliances. His background is deeply data-centric with extensive experience in data integration, analytics, big data, as well as AI & ML. Recently he served as Chief Revenue Officer for Dataiku, where he helped the company scale into the enterprise. Prior to that, Chad worked as Senior Vice President of Sales Strategy and Global Field Operations at Hortonworks where he helped to architect and support the company’s explosive growth. Prior to joining Hortonworks, Chad spent nearly 10 years with TIBCO where he enjoyed roles with ever increasing responsibility including regional sales management, Vice President of Sales, and ultimately General Manager and Senior Vice President of TIBCO’s Analytics business unit. Chad holds a B.S. in Decision Sciences from Georgia State University. Chad is a proud veteran of the US ARMY’s Aviation branch. 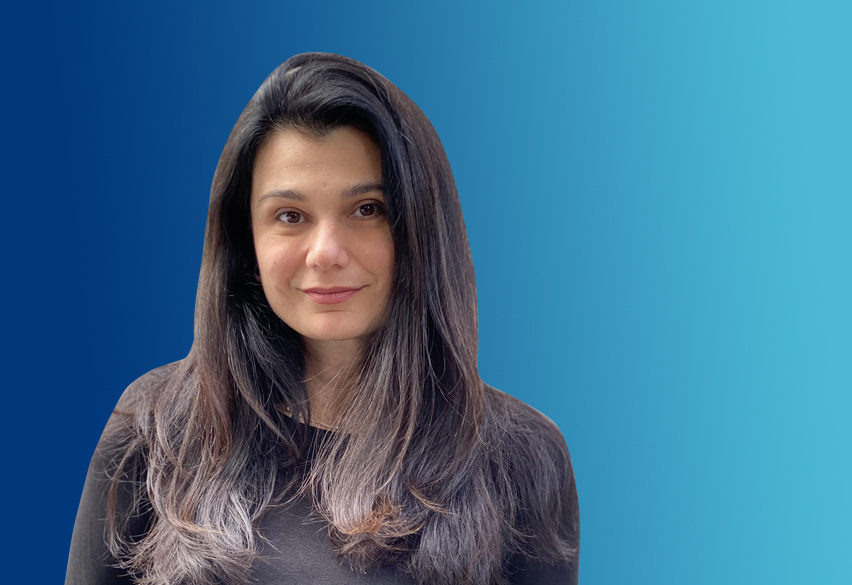 Michelle joins TetraScience with more than 20 years of experience in relevant areas including data warehousing, big data platforms, and analytics platforms. Previously, she led products at Pentaho, a leading Big Data integration platform company, which was acquired by Hitachi. Most recently, Michelle served as Chief Product Officer at Humanyze, taking the company from inception through Series B growth. Throughout her career, she has been a part of the evolution of information usage and dissemination and has spoken on this topic at the Big DataSymposium, TiE StartUp Con, and FWD50. Michelle received a BBA in Marketing from the University of North Texas and an MBA in Finance and Strategy from Southern Methodist University. When she is not leading product strategy, Michelle enjoys spending time with her husband and 2 children. 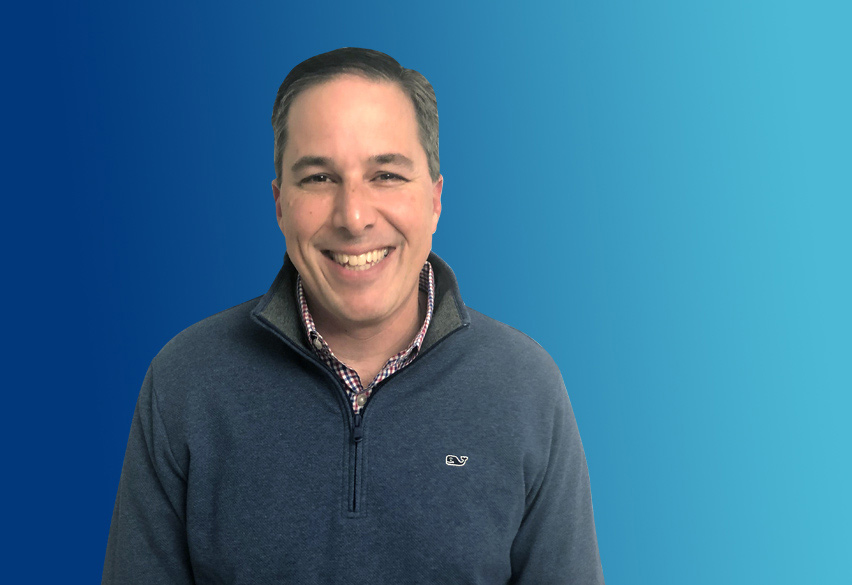 Maurice is responsible for all areas of TetraScience’s finance, human resources, and legal functions. Maurice brings more than 20 years of financial experience in high tech and biotech industries to his role at TetraScience. Prior to becoming CFO, he served as Vice President of Finance at Turbonomic, managing FP&A, treasury, and accounting activities, while leading efforts to secure equity and debt financing. Turbonomic is backed by Bain Capital Ventures, ICONIQ Capital, and General Atlantic.

Maurice also guided Imprivata, a healthcare IT security software company, to a public offering in 2014 and eventual sale to leading private equity investor, Thoma Bravo, in 2016. Maurice’s earlier experiences include a variety of finance roles at Momenta Pharmaceuticals, Iron Mountain, and RSA. Maurice holds an MBA from Northeastern University and a B.S. in Finance from LaSalle University.
‍
Maurice enjoys spending time at home in the Boston area with his wife and 3 boys. Along with shuffling his boys from one school or sports event after another, he travels with his family to Maine during the summers and hits the ski slopes whenever possible. 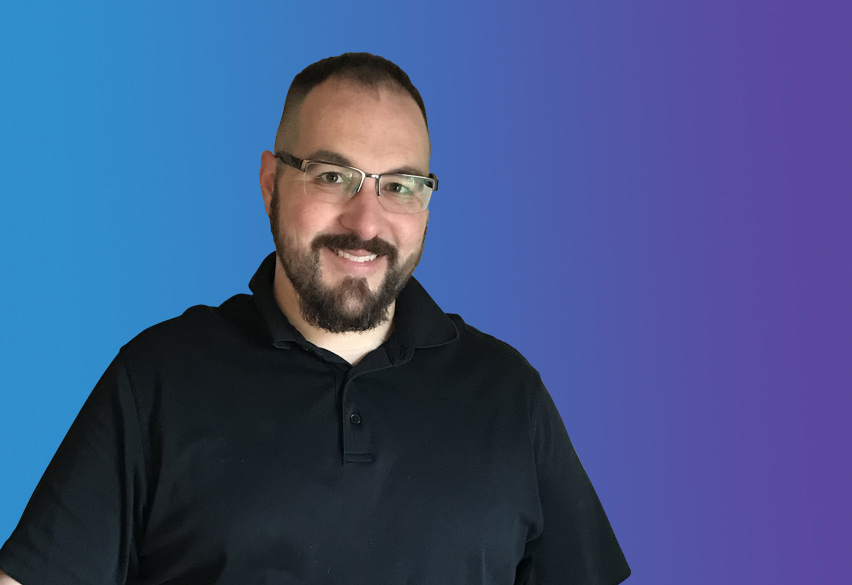 Mike Tarselli ensures impact of the Tetra R&D Data Cloud through content leadership, training, the partner network strategy, and building our scientific culture. Previously, Mike was the Scientific Director for SLAS, a global professional society dedicated to lab automation and an Associate Director at Novartis building an external collaboration networking platform. Mike’s pharmaceutical experience includes bench and operational roles at Millennium, ARIAD, and Biomedisyn. He received his Ph.D. from UNC Chapel Hill and completed a postdoctoral fellowship at Scripps Research. Mike currently serves on the Pistoia Alliance Board of Directors, the UMass Amherst College of Natural Sciences Advisory Board, and the Editorial Board of the NIH/NCATS Assay Guidance Manual. He is a member and active volunteer with the American Chemical Society, AAAS, and the MA State Science & Engineering Festival, and has been an invited speaker for student groups and professional organizations. 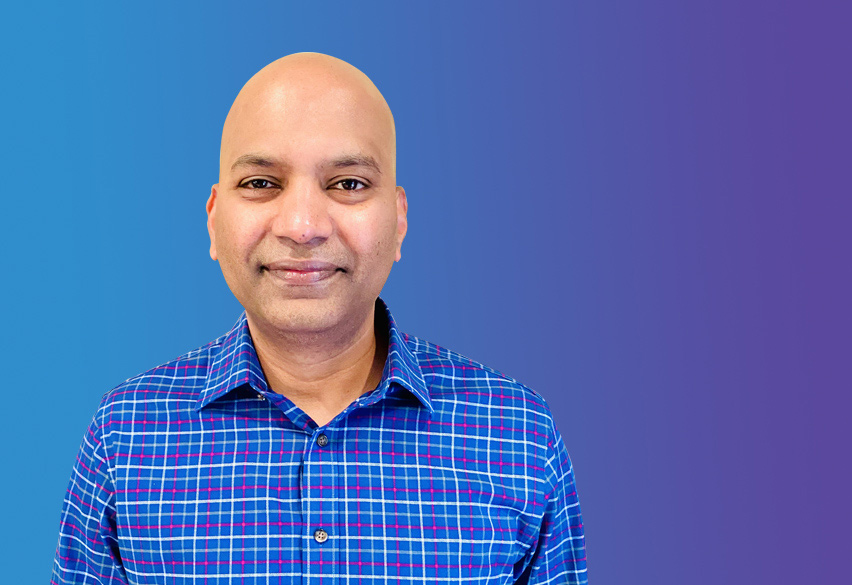 Naveen joins Tetrascience with more than 20 years of experience in observability, monitoring of various domains, big data, analytics, and SaaS platforms. Most recently, he was Vice President of Engineering at AppDynamics which was acquired by Cisco in 2017 for $3.7 billion. At AppDynamics, he led the End-user and Application Monitoring, and Business Analytics engineering teams. In partnership with the executive team, he helped grow the business to $150 million in ARR by focusing on the 10x product differentiators and was instrumental in driving innovation and maintaining their leadership position. Prior to AppDynamics, he spent a number of years at Brocade building monitoring products for the network domain. Naveen has a Master’s in Computer Science from UCF and a Master’s in Mechanical Engineering from Iowa State University.
‍
Naveen enjoys spending with his wife and 2 sons at home in the Bay Area. He is a certified USA swimming official, and you can find him officiating at his kids meets (eagerly looking for them to restart!) or cheering on his son's AAU basketball team. 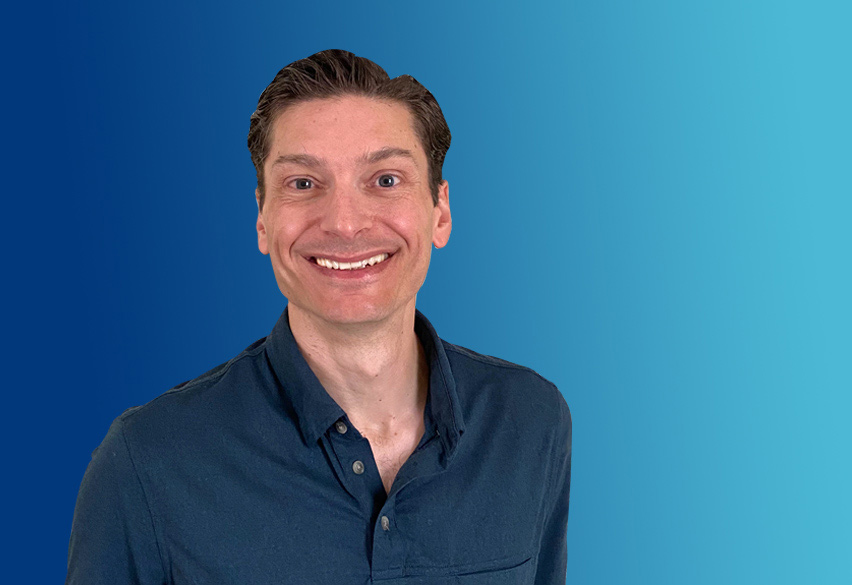 Dave brings over 20 years of B2B software, SaaS, and Cloud marketing and product management experience to the role and is responsible for overseeing all of the company’s marketing strategy and initiatives. Prior to TetraScience, he was VP of Marketing at StackRox, where he oversaw all marketing functions and led the company's communications through its acquisition by Red Hat.
‍
Prior to StackRox, Dave was SVP of Marketing at Mirantis, where he also held leadership roles in Sales, Pre-Sales, and Product Management during his tenure. He was also a longtime VP of Digital Marketing and VP of Product Management at Five9 and held a Director of Product Management role covering multiple product lines at Genesys.

A talented fine artist, Dave earned a BFA in Painting from the California College of the Arts. When Dave isn't telling the TetraScience story, he'll be found riding a bike really fast, painting and drawing, or hanging with his wife and son. 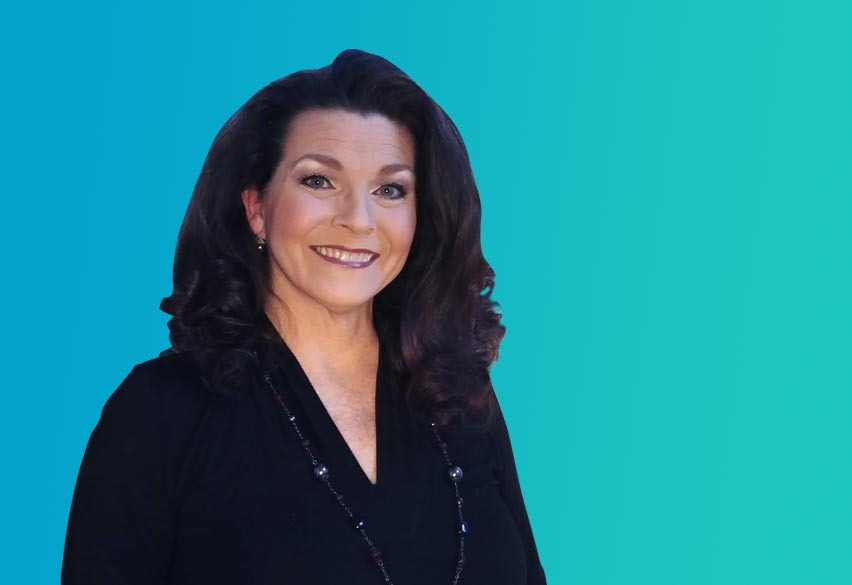 Ellen brings over 25 years of broad global HR leadership and operations experience in the high tech arena in companies from start-up to fortune 500, including rapid growth, pre-IPO, IPO, and M&A. She previously served as VPHR for H.C. Starck Inc., a private equity firm, where she was responsible for re-aligning and streamlining the global organization for transition. She drove rapid growth and integration with Wellfleet Communications, Bay Networks, and Nortel, as well with ArrowPoint Communications, growing from 70 to 370 employees, in 19 countries prior to IPO and acquisition by Cisco Systems. Ellen was an Executive Consultant for start-up companies in a variety of industries for several years, taking companies from inception to exit, and held prior management positions with Wang, Unisys, and Cahners Publishing/Reed Elsevier. Ellen holds a JD from Massachusetts School of Law, and a BA in Business Management from Clark University.
‍
During her spare time, Ellen enjoys spending time outdoors with her family, golfing with her husband and 5 children, watching baseball, and playing with her granddaughter.