← Return to all Blogs
x
Webinar 9/22: The Role of Data Integration in Scientific Discovery and InnovationRegister Now

Spin and I first met in May 2017 at the Harvard Incubation Lab when he and his fellow TetraScience founders were trying to build an Internet-of-Things (IoT) and application startup to help Life Sciences research labs accelerate discovery. The three founders - former researchers from Harvard and MIT - were brilliant, enthusiastic, and passionately committed to their vision. They had assembled early customers and seed capital and were just about to close their Series A funding.

I came away from my all day session with the founders believing that they were potentially on to something important and valuable – i.e., helping the world’s most important research labs accelerate discovery - but like so many startups, they were trying to do too many things at once, a clear recipe for suboptimization, or worse.

In the ensuing months, with every subsequent high-fidelity discussion with Spin, it became more and more obvious to each of us that TetraScience was likely mistakenly focused on the “market noise” and not the “customer signal.”

In other words, while there was endless hype about IoT – the “market noise” - and biopharma companies were of course interested in improving their existing lab operations applications and intrigued by the potential of IoT technology, their most acute pain was felt at the data layer - the “customer signal.”

Despite their critical importance to humanity, these labs remain dependent on 20th century on-prem software stacks, resulting in experimental data silos, limited collaboration, stifled innovation, and materially sub-optimized discovery. Worse, the proliferation of IoT sensors (the “noise”) would only lead to further data fragmentation and isolation. More to the point, TetraScience might have been ironically exacerbating its customers’ data problems if it only focused on IoT.

IoT and improved lab applications will invariably benefit scientists and aid in discovery – and we are strategically committed to enabling our industry partners in this regard - but to get to the required step-function breakthroughs needed to attain the holy grail of AI-based discovery, someone would have to fundamentally reimagine and then solve the data problem.

Spin and I knew that this was simply impossible in the absence of large-scale and clean data sets. Ultimately, without a centralized, cloud-native, and data-centric architecture and well-designed experimental data taxonomies and ontologies, there was no possibility of capitalizing on advanced data science and AI/ML capabilities. We also concluded that to solve the data problem we would have to be the “Switzerland of experimental data” and not compete with the companies that were generating or consuming the data – i.e., instrument manufacturers, ELNs, etc. It was the only way to ensure that everyone in the ecosystem would trust us as the data intermediary. In effect, the Switzerland of experimental data would have one goal - maximize the value of the data.

Spin and I developed a mind-meld on what could and should be built to move the industry forward. Unfortunately, there wasn’t a consensus among the founders and investors, and little resources were devoted to the R&D Data Cloud that we envisioned. Having no formal role in the company but being a devout believer in the idea and a huge fan of Spin’s, I asked him to reach out if the company ever decided to focus on the R&D Data Cloud concept.

In the Spring of 2019, Spin called me to give me the “good” and “bad” news. The good news was that he was now CEO and completely committed to focusing on the R&D Data Cloud. The bad news was that the company’s overall lack of focus had finally taken its toll, and it was out of money and had lost the confidence of its investors and creditors. With no clear financial backing, a rapidly deteriorating balance sheet, and customer and employee attrition spiking, the company would have to shut down shortly or complete a successful and difficult pivot.

Spin and Sal, the two remaining original founders, came to visit me in San Francisco for three days to brainstorm on how to bring the R&D Data Cloud vision to life. Just as importantly, we focused on how to build a company of enduring consequence and value. We had three choices – let TetraScience shut down and begin anew; recapitalize the company and build anew; or build Tetra 2.0 inside of the legal and capital structure of Tetra 1.0. While the latter approach was the most difficult to execute on (i.e., it’s always easier to start with a clean sheet of paper), we felt it was the right thing to do for all legacy stakeholders.

In May 2019, we raised a new $1.5 million seed round for Tetra 2.0, and with a small number of dedicated employees we began to reimagine and rebuild the company from the ground up. While we entered 2020 with only a handful of midsize pharma customers and proof of concepts with large pharmas, we ended the year with 12 of the world’s top 40 pharma companies as customers and successfully raised an $11 million Series A to begin building a leadership team and support these early customers.

Since launching Tetra 2.0 our growth metrics have been simply remarkable, with 2020 ARR growing 10x over 2019 and 2021 ARR growth expected to increase another 3x over 2020. On the heels of these successes, and for the many other reasons cited in today’s press release and accompanying blog posts, we were able to raise a category-defining $80 million Series B round of funding. In connection with our Series B round we finalized my transition to the CEO role and Spin is now our President and CTO. Our partnership will continue as we scale Tetra 2.0 based on our shared values, singular vision, and mutual trust. We are deeply committed to one another and to our stakeholders, and count on each other to help realize the full potential of Tetra 2.0.

It has been a unique, magical, and immensely rewarding Tetra 2.0 journey thus far and we are just getting started. Along the way, we’ve learned an important lesson for any company and for startup leaders around the world: ignore the market noise and focus on the customer signal.

We wanted to share our unique story and express our profound gratitude to those few that believed in us and the pursuit of this vital mission. 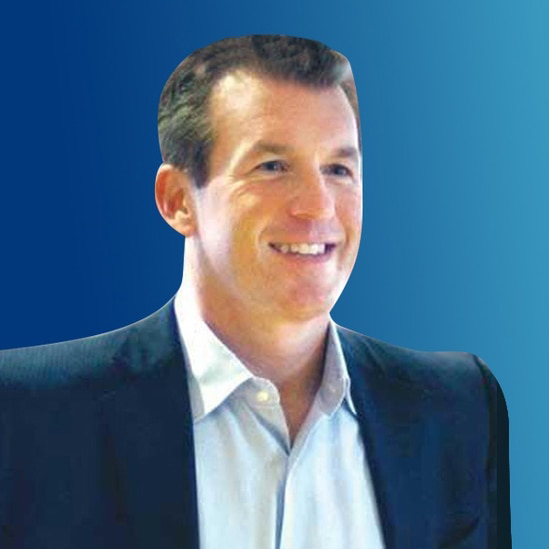 Patrick Grady
Chairman & CEO Patrick is responsible for TetraScience’s strategy and operational execution and oversees all functional areas of the company. Patrick is considered the co-founder of Tetra 2.0, jointly envisioning and implementing the Tetra R&D Data Cloud with original founder, Siping “Spin” Wang.