A Data Management Tsunami is Coming (...and Your Flip-Phone-Era Solution is About to Get Crushed) 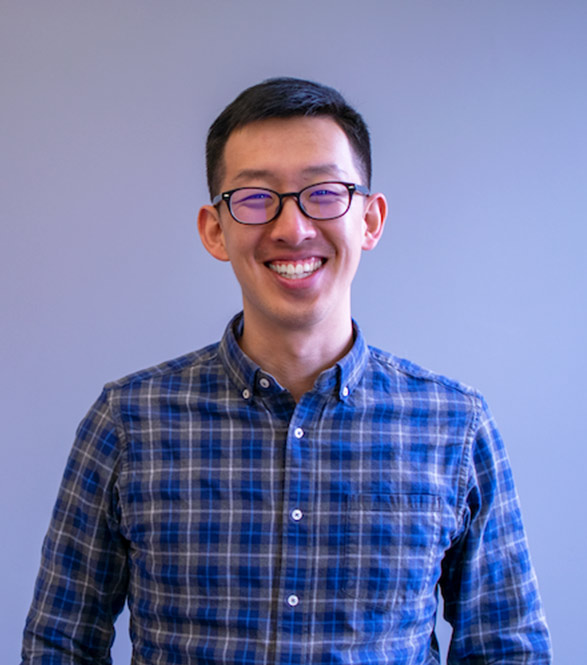 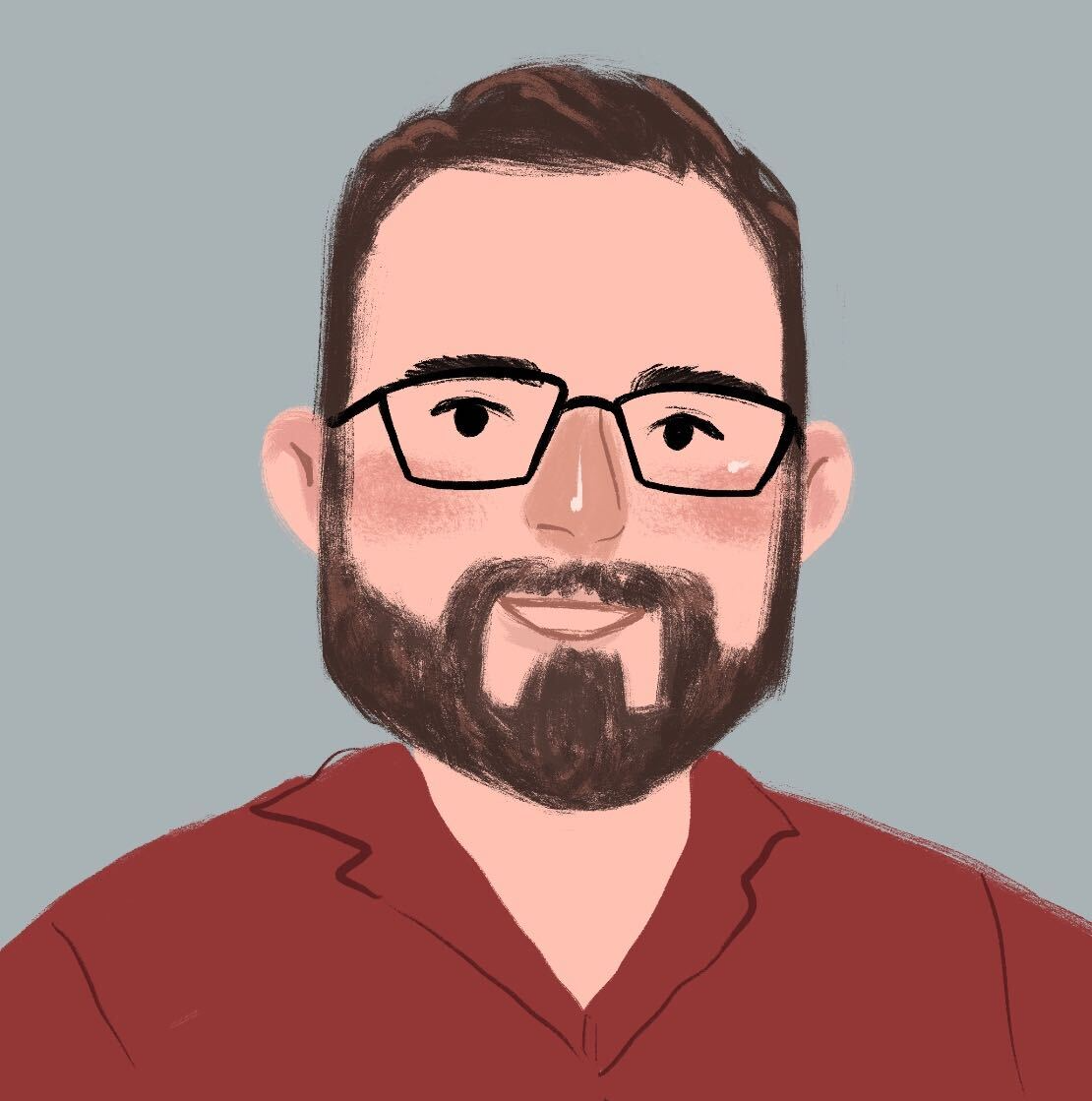 Remember 2006? Let us take you back for a moment. The social media beast we know as Facebook was just released to the world, and you were probably trading predictions with friends about how The Sopranos would end using T9 on your Nokia flip phone. In 2006, Nokia’s phones were a worldwide phenomenon, and their position as the category leader was justified. They were the first phones to support text messages! Photos! Even limited video! Life was good, and the idea that a new entrant could turn the market on its head was inconceivable to nearly everyone—but not to Apple.

In 2007, Apple released the iPhone, revolutionizing the digital landscape as we know it by creating an ecosystem beyond phones, offering us a complete mobile experience. Within six years, Apple outsold Nokia 5-to-1 and remains the fastest-adopted device in global history.

Could a technological tsunami no one saw coming happen again? You bet it could. And in the life sciences industry, it’s already underway.

In a moment, we’re going to share why the Tetra Scientific Data Cloud™ is a game-changing advance that will transform scientific data management in the same audacious manner that Apple’s iPhone transformed the mobile experience. But first, let’s talk about how the data landscape became what it is today.

In 2016, humanity entered the zettabyte era, which is a fancy way of saying that the micro-nuggets of information floating around the global datasphere had finally reached one trillion gigabytes. This ridiculously large number took us about two decades to reach. But you know what’s even crazier? By 2025, in a span of just three years, we will be at 175 zettabytes. That’s right—the data creation train is moving at breakneck speed, and it’s not slowing down anytime soon.

What does this data explosion mean for life sciences?

We must radically rethink how to harness and manage this colossal amount of data effectively. And that process starts with accepting what we all know, but don’t want to admit: the existing solutions we’ve relied upon to date, like brittle point-to-point integrations, data lakes and data clouds not built for scientific purposes, or expanded use of LIMS, ELN, or other legacy systems with proprietary “walled gardens” can’t sustain us anymore.

Nokia’s downfall wasn’t that it failed to innovate; it’s that it limited its innovation to incremental improvements within the confines of existing solutions. Had it sought to solve its customers’ biggest problems, Nokia’s story may have turned out differently.

Biopharma scientists need to unlock the full value of their data in ways that fuel therapeutic innovation, satisfy regulators, achieve faster time-to-market for new treatments, and optimize quality with advanced analytics and AI/ML. But with the current systems in place, scientists have to jump through a bunch of really frustrating hoops to make it happen. These hurdles exist because:

If you’re a researcher or data scientist, efforts to collect and prepare these data are costing you more than 50% of your time. Beyond the fact that data pruning and transformation is exhausting, soul-numbing work, it’s also robbing you—and your organization—of valuable time you could be using to connect insights, innovate, and bring new therapies to the market that will improve patients’ lives (which is probably why you got into the business in the first place).

So, let’s take a deeper look into how life science has allowed itself to be inundated by its own data.

Legacy solutions do a decent job of capturing and archiving data from scientific instruments (HPLCs, mass specs, flow cytometers, sequencers, etc.) and scientific applications (LIMS, ELN, or analysis software). They’re basically data warehouses with limited workflows around data management. In the early 2000s, these solutions were great! They were a huge step up from maintaining paper reports (remember the quaintness of filing cabinets?). But as data has exploded, these legacy solutions can’t keep up. As a result, they’ve created scientific data "black holes"—troves of data forgotten and unfindable later, locked away in silos, systems, and ad hoc file shares. They’re also in hundreds of different formats and schemas, many of which, as we noted, are vendor proprietary.

That leaves our researchers and data scientists with the messy and error-prone job of decoding and harmonizing the various data outputs they need to run advanced analytics or AI/ML for their study. Also keep in mind that labs are full of important data sources that are not in the form of files, like blood gas analyzers, chromatography data systems, and more. You need integrations that go beyond what legacy systems can achieve, but until you master those, manual data transformation is your only option.

Because many legacy solutions are on premises or use limited cloud storage as data centers, scalability challenges abound. Remember we mentioned the zettabyte era earlier on? As scientific workflows and modalities become more complex, chemistry and assay outputs on the 100MB-scale are giving way to proteomes, genomes, images, and exome maps. No legacy solution on the market today has the processing capabilities or scalability required to handle the volume and complexity of this scientific data deluge.

As a result, legacy users have to divide and move data across a multitude of applications, systems, and collaborators. There’s no seamless data flow and no universal access across teams. There’s also no support for GxP, making regulatory audits time consuming. Without a way to restore all historical data, efforts are duplicated and searchability is poor.

Finally, consider that on-prem legacy solutions typically require several modules, like databases, servers, and file storage, all of which need to be modified with every single upgrade. I’m getting tired just thinking about that endless cycle.

Now that we’ve talked through what’s been going wrong in data management, let’s talk about what we need to make it right.

Modern science requires data liquidity, meaning we need to make this whole concept of “data silos” a thing of the past, starting now. Scientific data are competitive currency, and legacy systems are like piggy banks already filled to the brim, leaving huge amounts of value uncaptured. That’s why you need cloud-native solutions built to scale elastically, where data can flow seamlessly across all your instruments and informatics apps, speeding your time to insights. FAIR (Findable, Accessible, Interoperable, and Reusable) data should be the new standard—but if we want to really disrupt life sciences, that’s not enough. To truly supercharge the power of your data across R&D, manufacturing, and QA/QC, we need to go further.

We need to harmonize them in an open, vendor-agnostic format, freeing scientists from the arduous process of manually reconstructing datasets so they speak the same language. Data should also be enriched with metadata for scientific context, unlocking your ability to summon the data you need with a simple browser-like search. And, in a perfect world, all of your historical data should be simple to find and restore, taking the headache out of audits with a complete audit trail.

The Tetra Scientific Data Cloud distinguishes itself from traditional solutions in that it breaks down barriers previously constraining your laboratory ecosystem. It is:

You gain increased team efficiency with simple-to-manage, productized integrations; better access and reliability with automatic data flow across ELNs and informatics applications; and greater innovation through actionable data prepared for advanced analytics, visualization, and AI/ML. The cloud-native infrastructure is also cost efficient since you won’t need to shell out money to maintain and upgrade out-of-date systems. The Tetra Scientific Data Cloud is the next generation data solution, and it’s a game changer.

Right now, there’s a massive global movement across biopharma to replatform in the cloud, and the reason is simple: legacy solutions are simply not good enough anymore.

Once Apple debuted the iPhone and customers realized what they were missing, the Nokia flip phone went from kind of passé to utterly archaic in what felt like a nanosecond. At its height in 2007, Nokia owned 50.9 percent of the global market share. By 2010, that number dropped to 27.6 percent, and in 2013 (with a market share of 3.1 percent), it sold its mobile device business entirely to Microsoft.

Don’t wait—unburden yourself from that flip-phone-era legacy solution and position your company for rapid innovation, faster time to market, and optimized quality across your teams now with the Tetra Scientific Data Cloud. You’ll thank us later!

There is no previous post
Back to all posts

A Data Management Tsunami is Coming (...and Your Flip-Phone-Era Solution is About to Get Crushed)

Science at Your Fingertips - Across the Enterprise

Building The Digital CDMO with TetraScience

Give Your in vivo Data the Attention it Deserves

Innovating with a HoloLens and Drones

Are you prepared to utilize ML/AI and Data Visualization?

SLAS 2022: The Industry’s “Hyped” for Accessible and Actionable Scientific Data

Move From Fractal to Flywheel with The Tetra Partner Network

What is an R&D Data Cloud? (And Why Should You Care?)

What is a True Data Integration, Anyway?

Unlock the Power of Your ELN and LIMS

The Science Behind Trash Data

The 4 Keys to Unlock the Lab of the Future

New Matter: Inside the Minds of SLAS Scientists Podcast

Remote Lab Scheduling is No Longer Optional, it is a Requirement

Understanding Why Freezer Temperatures May Not Be Uniform

Experimental Data in Life Sciences R&D — It’s How Many Copies of Jaws?!

"Data Plumbing" for the Digital Lab

Announcing Our Series B: The What, When, Why, Who, and Where

Announcing our Series B: The DNA Markers of Category Kings and Queens

Choose the right alert set points for your freezers, refrigerators, and incubators

99 Problems, but an SDMS Ain't One